I come across this every so often. It then usually involves me Googling the same stack overflow answers to explanation why one shouldn't do it.

What's wrong with the above code? It's disposing the HttpClient with every request, which is generally not recommended.

Having conducted a simple test, my example found that HTTPS requests were 4× faster when reusing HttpClient instances. Below is the summary:

Why is it wrong?

Even though it's counter intuitive, given HttpClient implements IDisposable, it should not be disposed with every request, but reused, often maintained for the lifetime of the application. HttpClient is thread safe and can be maintained as a static variable, accessed from any thread.

The stack overflow answers I usually find are these:

These answers confirm HttpClient instances should be kept around, but I was wondering, what is the impact on performance? So I decided to try it out myself.

Testing whether I should dispose HttpClient

I want to see for myself why I should not dispose HttpClient instances, but reuse them for multiple requests. So I created a simple console application.

Firstly, two methods to make requests, one reusing an HttpClient, the other disposing an instance every request:

Then a method taking either of the methods above and calling each a specified number of times.

Lastly, calling these from the Main method of the console app.

I'm making a request to a very simple node app that returns the client's IP address. There are many equivalent sites available that do the same, but I'm potentially DOS attacking the site, so I decided use my own. The code for the site is in my GitHub repository gimmeip.

Here's the output of the console app:

That's quite a difference, more than I was expecting. I ran it several times, there was a little variance, but effectively the same outcome.

When reusing the HttpClient instance and making an HTTP request it was nearly twice as fast. Making an HTTPS request was over 4 times faster. I expected there to be some overheads because the HTTP connection is closed between requests, but not such a stark difference on HTTPS.

Why is HTTPS 4 times slower

To find out why HTTPS gave such a disparity, I turned on fiddler, and then it became clear. Here's a snippet of the fiddler trace when disposing every request: 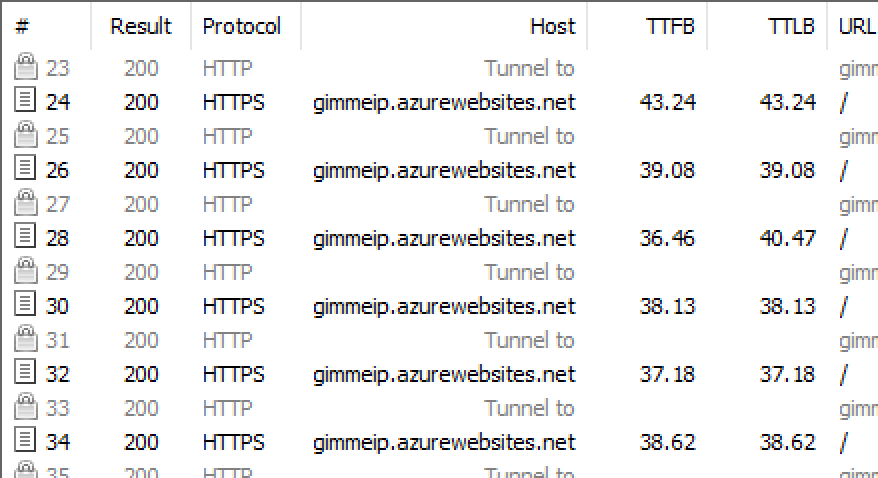 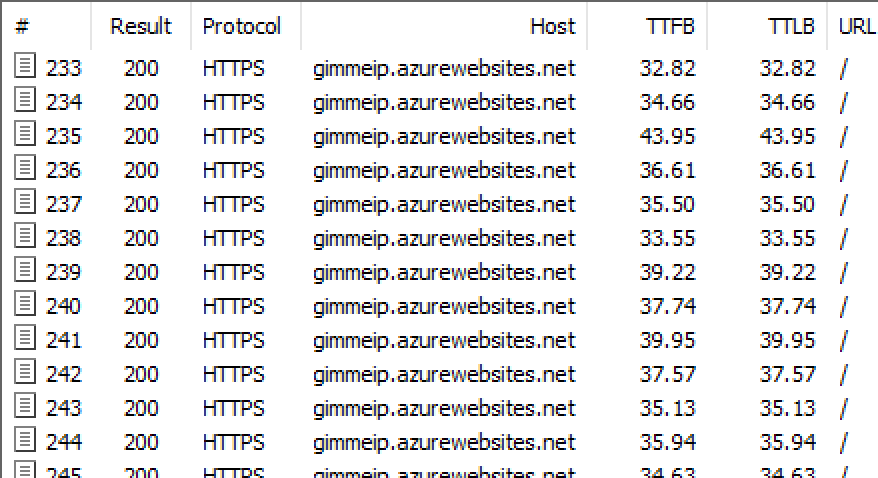 The results show there can be quite a performance improvement gained by reusing HttpClient instances.

Nevertheless, it's easy enough to reuse HttpClient instances, either through static variables for Lazy Initialization. Therefore you may as well get the performance benefit if you can.

If you would like to run the test for yourself I've made the source code available in my GitHub repository httpclient-dispose.

For the last year or so I've been on the committee of my daughter's nursery. My role is WebSite…